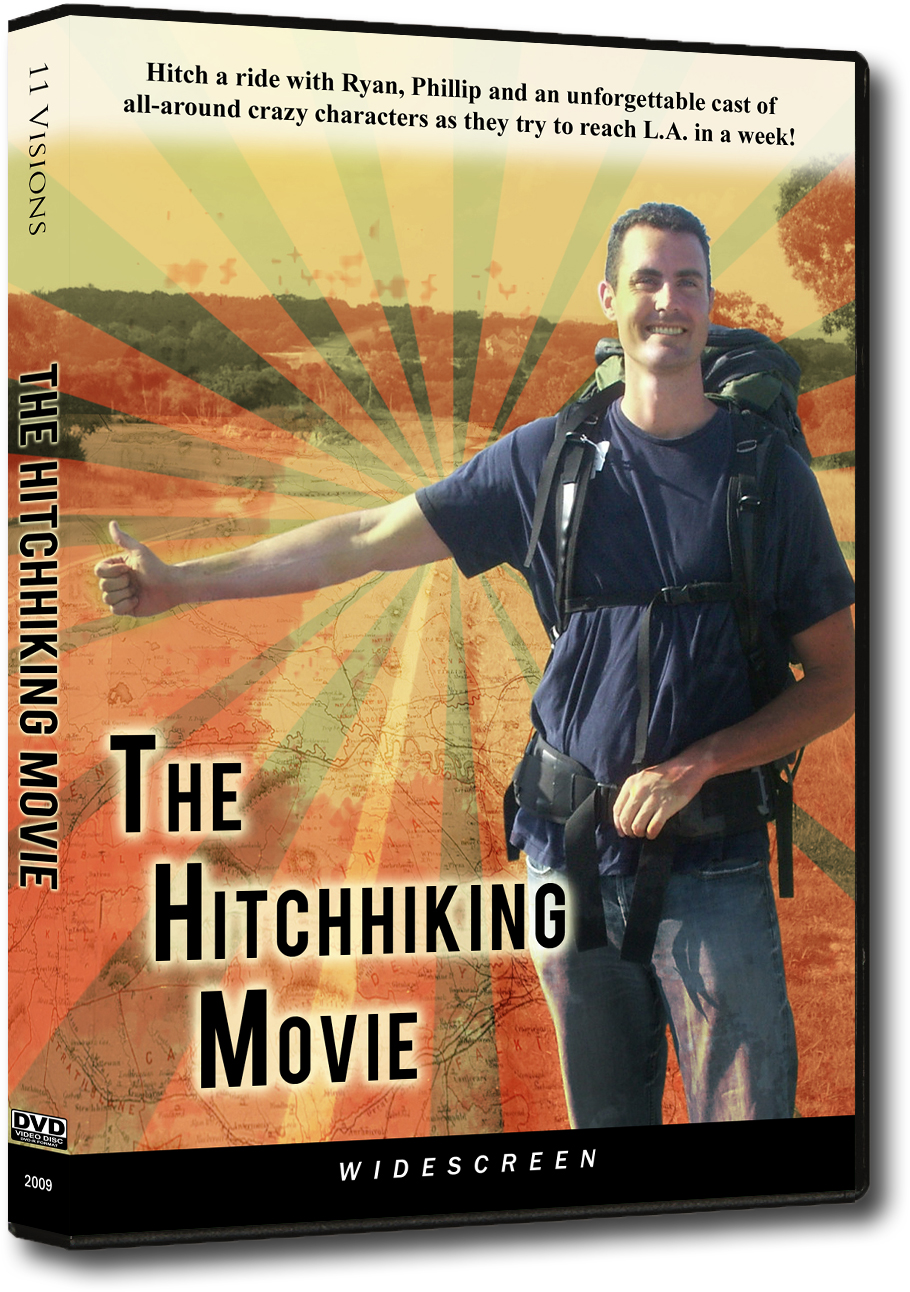 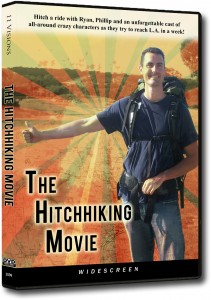 Nashville, TN — April 14, 2009 — Adventure documentary The Hitchhiking Movie was released today on DVD. The movie follows the journey of actor Ryan Jeanes and director Phillip Hullquist in their attempt to cross the entire continental United States in less than a week, using nothing more than their thumbs.

“Before we left for the trip, people told us we’d be stabbed or murdered,” Jeanes says. “Very heartening.”  The 101-minute feature film chronicles the filmmaking duo’s experiences as 23 complete strangers stop to pick them up and take them from New York City towards Los Angeles. (You will have to watch the film to see if they actually make it.)  “I had already bought two return tickets from L.A.” Jeanes continues. “We had to make it or we’d miss the flight back.”

The pair created the website 11visions.com which not only sells their DVD but also highlights their current adventures which include a float down the entire length of the Mississippi River and a swim across the English Channel. Adventure travel seems to be their mainstay, but as Jeanes explains, “I think many people have desires to leave their current existence and go do something crazy. Where most people stop at that impulse, we actually go do it, and we get it on film.”

The Hitchhiking Movie is funny, insightful and full of unexpected surprises.  Hullquist explains, “I was a one-man crew with no script, so it was challenging to set up the shots we needed to make the film. We wanted to capture the realism of being like any other hitchhiker on the road, so our camera gear was kept to a minimum.”

What about the danger? “That’s what we wanted to dispel,” Hullquist says. “This is a realistic portrayal of hitchhiking unlike what you see in your average horror movie.”  “There’s no blood and guts,” Jeanes adds. “It’s nothing like that. The only real fear was whether we could make it before the deadline.”

Entertaining scenarios abound in this documentary:  A hysterical yet attractive young woman offers to drive them from New Jersey to Los Angeles, a Seminole Indian entreats them to smoke his prayer pipe, a rowdy, one-eyed construction worker instructs on the basics of train hopping, and the pair finds themselves desperate in Denver with over 1000 miles to travel and less than 48 hours to do it.  If real life adventure is your thing, this film is for you.

“A lot of people probably aren’t going to finish watching the movie and then go stick their thumbs out on the side of the road,” Jeanes points out. “The beauty is that The Hitchhiking Movie is for both the armchair and active adventurer. You can share in the fun without even leaving your house.”

To purchase The Hitchhiking Movie, go to www.hitchhikingmovie.com, or visit the parent website 11visions.com. The film is available in streaming video and DVD which includes bonus scenes, an audio commentary from the crew as well as a special “drunk commentary.”

The Hitchhiking Movie – on sale now at 11visions.com.

Phillip Hullquist and Ryan Jeanes will embark from Lake Itasca, Minnesota to begin their journey down the Mississippi River via kayak in May of this year. Visit http://www.11visions.com for more info.