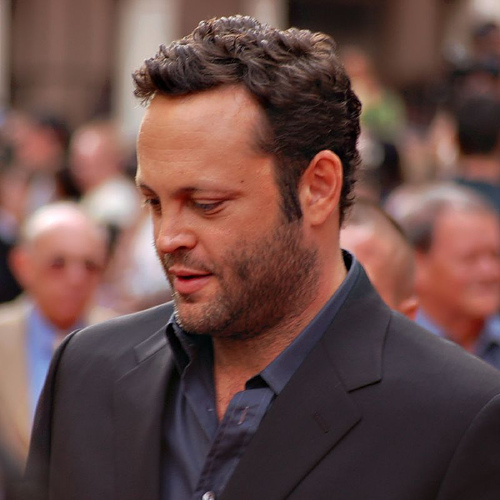 “Crackheads got problems, you guys are smoked.”   – Vince Vaughn in Mr. and Mrs. Smith

I had always interpreted Vince Vaughn’s quote wrong.  The first time I watched Mr. and Mrs. Smith, I thought what Vince Vaughn had said was, “Crackheads got problems, you guys got issues.”  Whenever a friend of mine came to me with some big problem he was having, I would repeat this phrase with a coy smile:  “Crackheads got problems, Simon, you’ve got issues.”  I thought what I was doing was putting the problem in perspective.  If a crackhead was living in a rundown apartment, possibly abandoned, on the South Side of Chicago, with a hole in the wall that lets a frigid, wintery 25 degree air in, as he whiddles down the last of his last crack rock, hands shaking, promising “I’ll change, I’ll stop, please Lord, help me to stop,” crying… pleading… while you whine to me that your girlfriend is going to Texas without you and HOW MAD YOU ARE! then, I thought, all I’d have to do was bust out this magical Vincevaughnism and you’d go, “Gee, me feel dumb.”

Rarely did it have this effect with my friends.  Most of the time it just made them justify their position even more:  “What do you mean!  You’re so insensitive!  Don’t you understand the severity of my problemmmmmmm?”

The truth is that it is not a problemmmmmmmm or even a problem.  It is an issue.  It is a situation.  It is a happening and it is an event.  Elvis Presley had problems; we’ve got issues.

Our issues are listed below:

And blah, blah, blah, I’m a dirty tramp.  So we’ve got severe problems.  (Yes, we are now upgraded to problems.  You can comment below if you still consider these issues.)  Whatever the hell you call them! we’ve got stuff to sort out.  Namely…

So let’s focus on the solutions.

The Mississippi Trip is still on.  I see it.  It’s real.  Can you hold the vision even when your world is crumbling about you?  Well, survivors of the Holocaust did it, why can’t we?  Victor Frankl said that all of those who survived the Holocaust had a clear vision of the future.  He imagined himself giving lectures to people in a warm, wonderful place even while doctors performed experiments on him.  It will be tuff, but I think we can handle these problems.

Can’t get a better vision than that.

What’s comin’ up is that we’re going to post a web video on our Cumberland River adventure.

So we’ve got that goin’ for us.  I’m not worried.  I do want this to all work out, but rain or shine, we’re going.  And rain or shine, everything will be fine.

What Can I Do?

You can send positive energy.  It worked for the Alacatraz trip.

We can handle anything.  Anything can be handled.  No matter what happens with Phil’s probation, or my depression, or somone else’s -ion, everything will be fine.

was talking about what he will do if the entire financial system collapses.  “I mean, I’m goin’ to be totin’ a gun in the streets.”  Well maybe it will collapse and zombies will try to eat our brains, but I don’t see how that’s a cause for alarm.  Maybe I’m being a little too Zen here, but anything that comes up you have to handle in the moment anyway.  How is depression, probation, or the financial collapse and subsequent invasion of China (do you know how much freaking money we owe these people, it’s staggering) any different than if things are going peachy?  You still have to deal with it and you still have to…

Deal with It Now

What’s next for 11Visions’ Mississippi Adventure?  I don’t know, but I can tell you that, when it happens, it will be happening right now.

So I messed his quote up.  He seemed to indicate that Mr. and Mrs. Smith being hunted by their respective assassin organizations was worse than being a crackhead.  Don’t think so.  They weren’t smoked.  They just had problems.  And so do we and so does the rest of America at the moment.  Shall we say we’re smoked.  Fuck no.  We’re going to continue.  We’re going to create a positive vision of the future just like Victor Frankl would have done, and lead ourselves out of this not-even-close-to Holocaust.

We’re not in a Holocaust.  We can handle it.  And we are.

So let us… hold the vision.

2 thoughts on “Crackheads Have Problems, We’ve Got Issues”