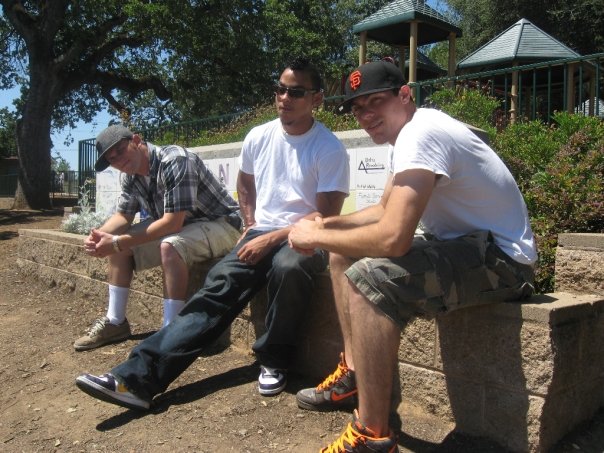 I’m going to take a quick break from the Mississippi River news to tell you about a new hitchhiking adventure beginning later this week which is similar to our own hitchhiking trip from back in 2007.

While Ryan and I have been pleased with the success of our own hitchhiking movie, there is always room for another one. That’s why I was so excited to hear about Erik Price’s new film tentatively titled “Free Lunch.” Erik and his team of two other friends will start together from Cameron Park in central California and plan to cover a route that will take them to the four corners of the continental United States AND hit every single state. It’s an ambitious goal to be sure and one that may end up taking longer than their estimated 4 week timeline.

The great thing about hitchhiking movies is that every one of them is guaranteed to be unique. The experience is so unpredictable that nearly anyone can go out with a camera and come back with very different stories. Erik’s also managed to one-up us by bringing an high-definition camera and covering a much-longer route. Both of our stories focus on a similar theme of the kindness found on the American highways, and follow the rule of not bringing any of our own money. By including three people in his group he’s not only tripling the fun, but also breaking new ground as most hitchhikers travel solo or as a team of two. It will be interesting to see how this affects their ability to get rides.

I spoke with Erik briefly about his plans and he seems to be well prepared for the journey. His team has just completed a 1000 mile trial run from central to southern California and back which helped them all get into the grove of what they will be experiencing during the long weeks ahead. A solid HD camera, a dozen extra batteries, and a dedicated cameraman means they are unlikely to miss any of the action.

Erik plans to record video continually for up to 10 hours per day, but I have a suspicion they will reduce this amount as the journey progresses. After all, hitchhiking inherently has lots of downtime and the resulting 300 hours of raw footage would certainly slow down the post-production process. Following the grueling trip, there is the even bigger task of editing down those hours of video into a entertaining movie. We wish Erik and his team the best of luck on their epic American adventure. The hitchhiking community certainly needs more media featuring the activity positively.

One thought on ““Free Lunch” Movie Will Document Hitchhiking Adventure”