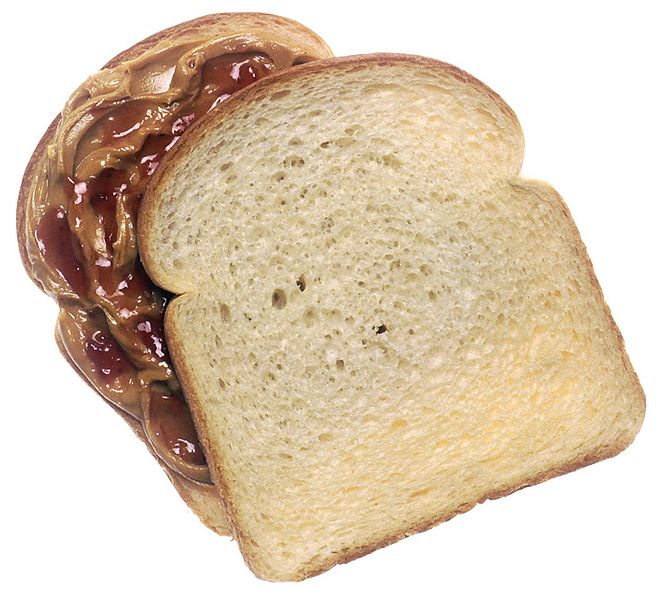 Two hours earlier Phil said, “If there was going to be a canal, it would be on the other side of the rock dam.”  Night falling fast; we see nothing.

“No, if there was going to be a canal to the city it would be in front of the rock dam.”  Still can see… nothing.

Darkness.  “I think it’s on the other side.”

We do not fight; the canal is in front; I say nothing; Phil says nothing; we are content; we’re on our way to Lake Providence through the canal in the dark.

…is like a knife in the chest.  It carves you out, and neither of us have eaten in a long time.

I bite the rotten parts and spit the chunks into the river.  The rest of the apples is soft but good.  Hunger, the knife, is staved off… for thirty minutes.  I try humor.  “Hey Phil, how many T-bone steaks you got up there?”

“Well then forget it!” I laugh.  Phil laughs.  “If all we had was tenderloin would you eat it?” I ask Mr. Vegetarian.

“Of course,” he says, and I know he means it because his voice is devoid of levity.  The knife has carved out his chest as well.

It, the hunger, moves to my solar plexus.  It is a full two hours before we will reach Lake Providence, Louisiana.

“Lemme see the map,” Phil says.  I show him and know he’s looking at the canal.  “It’s good you’ve got this map,” he says.  “My GPS shoes no canal whatsoever.  I would have parked the boat on the river, walked over and gone ‘oh shit!'”

“You woulda got yo’ knickers wet!” I laugh, but I’m laughing to keep myself from thinking about the hunger which carves… deeper.  What food is in the food bag? I think, paddling, night, knife.  The canned bread dough Tamia gave us.  I could eat it raw.  No, Phillip wants to save that for when we have an oven.  There’s green beans.  Green beans without bacon and butter?  Might as well eat dirt.  What else?  What else?  Hormel, mechanically separated meat product.  Oh jeez, raw???  I’d rather eat processed death.  God it’s getting dark. Paddle, paddle, night, death, knife, carving.  How the hell are we out of food!  All right, when we get to Lake Providence, it’ll all be all right.  There’s gotta be something open.  There’s gotta be at least a gas station to get peanut butter and jelly.  Gotta be. “What did your GPS show in town?” I ask Phil, sunlight gone now, twilight.

Greenville, MS.  The park ranger who said he’d look the other way if we wanted to camp in his park says, “Ha!  Closest supermarket?  Oh, das about 6 miles away!”  “Screw it,” I said to Phillip, “we got low supplies, but we’ll run into somethin’.”  “Yeah,” he agreed, “it’s not far to Lake Providence, and it looks like it’s right on the river.”  We were right – Lake Providence is right on the river, but we were wrong about how long our supplies would last.  Beans only went so far; potatoes only went so far.  Food ran out.  Lake Providence had to work.

The knife has moved to my stomach; I am hollow.  Geez, I hope that Sonic is open. “Check the GPS,” I tell Phillip.  He says he did.  “Do it again,” I snap and realize I’m letting my physical malady affect my communication skills.  “Sorry,” I say.  “Could you please look again?  I don’t want to miss this road.”  There is a hook-like road a thousand feet from the canal.  Phil says it’s called City Dump Road, and I laugh.  Walk through the trash to eat our stash. An hour and a half has passed in the canal.  There is no current and I know we must be going not much more than three miles an hour.  “Phil…” I say ready to pass out when he says we should stop here because the road is close.  Perfect!  A half-mud/half-sandbar is near where we beach the boats.  I grab my headlamp and he grabs what he calls his “jerk off” flashlight, named such because you have to shake it back and forth to charge it.  Through the brush.  The man who will sell us our peanut butter, jelly and holy bread will tell us that that that little stretch is full of cottonmouth snakes.  But it is a good thing that now we are completely oblivious to that fact because we are hungry and there is a Sonic and I am going to kill someone and the sawgrass is cutting up my shins and burrs are sticking onto my ass and the knife… turns and turns and turns.  We’re out of the brush.  We walk up a levee wall, and it’s like that scene in the movie where the fellows on the road trip drive up on the lights of Las Vegas.  Lights, city spreading wide!  Food!  Where’s the damn Sonic!

We walk down the embankment.  A playground on a Saturday night and children are playing.  Why are children playing at 9pm? Poor area, I realize.  This is all there is to do. We walk a mile, the only white people in the area.  The town is dead.  Signs in clothing stores selling Fubu and Sean John.  They all say TRAVELERS WELCOME and I laugh and say, “At least we’re welcome.”

Four more blocks and there is the Sonic.  “Holy Sonic, Batman!”  “What do they have here?” Phillip asks again.  “Who cares,” I say and tear a hole between me and the speaker on the menu.  “Hi!  Two large breakfast burritos!” I say and rejoice.  Phillip studies the menu carefully and finally settles on tater tots with cheese.  We eat in silence.  Oil is dripping from my burritos.  “Looks like motor oil,” Phil says.  “Probably is,” I say and take a bigger chomp.  Then I meditate.  I sit with my eyes closed feeling very very good.  I’m tempted to pig out – slushies and cherry limeades and Blizzards and corndogs and chili dogs and I could really, really stuff myself.  But I don’t.  I meditate.  I close my eyes and bless the food in my stomach.  I feel good.  I’ve staved the knife off.  The knife is no more, and that is good.

“What ch’all doin’!” Latasha, the manager says.  You know what I will say:  “Paddlin’ the river.”

“Cut through the brush.  From the channel.”

“There’s a channel that parallels the river.”

“I lived here 25 years; ain’t never known there was a channel.  I keep away from that river,” she says.

Another guy comes up to me and shakes his head when I tell him what we’re doing.  I ask him to use his cell phone.  “Hey mom, I’m in Lake Providence, Louisiana, it’s 9:30 pm, and I love you.”  I hand the phone back and he shakes his head.  “What ch’all travelin’ in?” he says.

He shakes his head harder.  “You need to call somebody else?  Psychiatrist?”

Latasha comes out and says her employee can take us to the corner store so we can buy some bread and whatever else we need.  The employee comes out and says he can take us but he has to run his momma some food.  He leaves and comes back thirty minutes later and says he forgot.  We get up and leave without a word.  We are not angry.  There is no knife in our solar plexus.  What is a broken promise when one has food in one’s stomach?  I meditate some more.  It is a mile walk to the corner store, and I feel good.  Grimy, sweaty night and I feel good.

The store owner is not suprised when we tell him we’re kayakers, is more than happy to hook us up with peanut butter, jelly and cookies and macaroons.  And we are even happier… until he says where we have to walk back through is full of snakes.

It’s night now.  Phil and I have our food to last us till Vicksburg (where we are now!).  We paddle in the dark, dark channel until we hit a sandbar.  It’s a sign.  It’s time to camp and make sandwiches, so we do.  Our tents are one inch from the water, but the sandwiches are one inch from our mouths; and, a plastic utensil smeared with Jiff is the only sign left… of a knife.

2 thoughts on “Sandbar, Sandwich, A Knife Carves Your Heart Out”