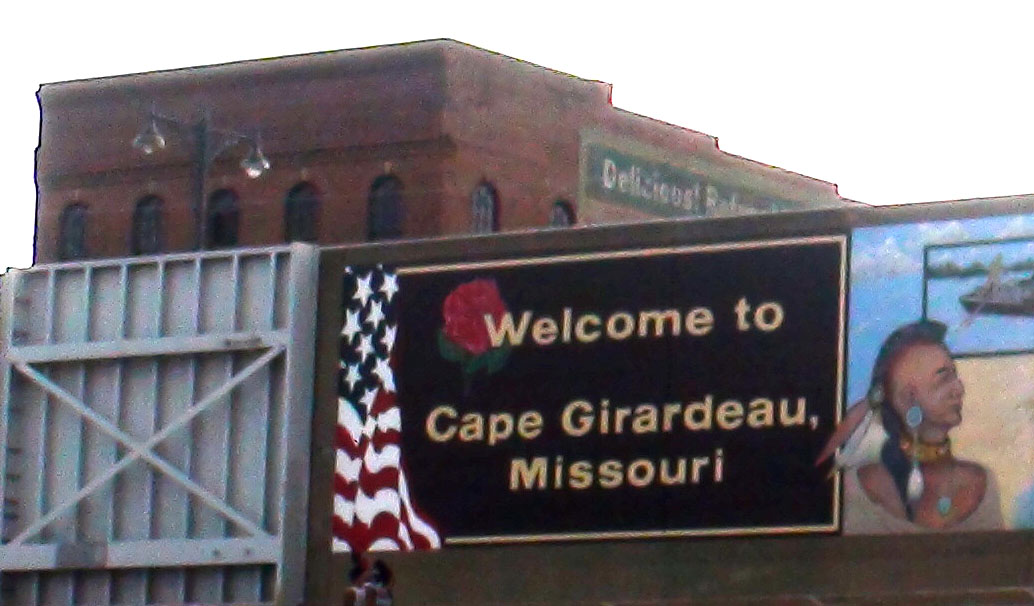 “Do you have the charger for your phone?” Ryan asks me as we get ready to board a cab at the Cape Giraredeau boat ramp. I respond “Yes of course” as I had brought the charger with me from Nashville several days earlier. He askes again still unsure, “Do you have the cigerette charger for your phone?” I responded louder “Yes!” But that wasn’t the question that Ryan actually wanted answered. What he really wanted to know was if I had the cigerette charger with me. As we get into the cab, he asks for the phone and charger which of course I don’t have. A short yelling match ensues with no real resolution. Ryan thinks I lied–I think he asked the wrong question.

We’re on our way to Walmart to fill a prescription that Ryan needs immediately. During the short ride I silently steam about why this little prescription issue couldn’t have been resolved while Ryan had a five day layover in St. Louis. Such is the personal side of two people paddling the river. My friend Ruthie took me aside before we left on this journey and suggested “You guys need to figure out a strategy for solving disagreements with each other.” I suppose she would know after raising two boys of her own. The truth is that we never really worked out a system for solving problems, but we each certainly have our own style for disagreeing. Ryan generally snaps loudly with a string of expletives and I generally state my position defiantly and make snide follow-up comments. It’s not a perfect system but we’re still paddling from the same boat right now so I suppose it’ll have to do for now. I begin to think: What if we got so mad at each other that we have to split up the boats to finish the trip. Ahh, that wouldn’t work as there is only one boat pump. We eventually make it to Walmart and return four hours later still without the necessary prescription. I really want to yell at someone, anyone after wasting all that time but it wouldn’t do any good now. That’s the thing about wasted time–you can’t get it back.

As Ryan explained a few days ago, paddling is a team effort. When we are alligned toward a common goal such a bouy or a point in the distance it works great, but two people paddling in different directions just leads to frustration and anger. After an early morning launch from Wickliffe on Tuesday morning, Ryan set a goal of reaching a certain boat launch which was over 50 miles downriver. He’s been fantising about this particular bend in the river since we left Minnasota. This boat launch is right on a nearly one mile wide neck which can be portaged to save 20 miles of paddling. Ryan believes we can move our nearly 500 pounds of gear in only two trips and therefore thinks this would be a great spot to unload and camp for the night. I disagree and believe the portage wouldn’t save any time at all because I feel it will take as many hours to move the gear as it would to paddle the 20 miles. It’s nearly dark and we’re still at least 4 miles from the launch. I suggest several possible camping sites, but Ryan lobbies to push on and assures me it will not be completly dark yet when we reach the launch. We reach the site in darkness and discover it’s not a great camping location. There is a long rocky bank and the ground is very hard on the top. We have set a personal paddling record of 50 miles today so I’m glad that Ryan pushed for reaching this spot today. Tomorrow will be a different story as I’ve already made up my mind I don’t want to portage. We’ll just have to fight about that in the morning.

One thought on “Fight Club”