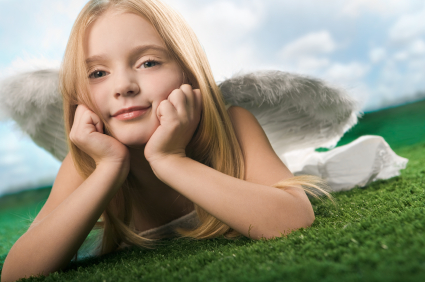 What is that thing you do?

What is that thing you do that no one else can do?

I’ve been thinking about this a lot lately and I don’t know the answer…exactly.

What is “That Thing?”

Check out this email from a fan:

…I believe that your blog is successful because of your writing style/skills and that you have a knack for finding “that thing” about a situation or person that holds a readers’ interest.  You are also able to write with humor about things that might not seem humorous on the surface.

You are on to something big by living life’s adventures and sharing them with those of us who (for the moment) might not be able to take that adventure.  Sure, lot’s [sic] of people paddle the Mississippi, but you found “that thing” that made it unique; that made it sharable with and connected to your audience.

I don’t know how “successful” we are, but we did build up a sizable following during the Mississippi trip.  I was proud of it.  Troy’s words, “that thing,” stuck with me for a long time.  What is “that thing?”

A Story from the Past

I was a comic writer.  I never got paid for it but I wrote sketch comedy fairly regularly for my Second City class and for my sketch troop.  People liked them; they were fun and irreverent and bizarre; sound familiar?  I started thinking that it wasn’t enough for me to be “good” at writing without having gotten some training.  I thought that I better take some comedy writing classes at Second City (the school in Chicago where Gilda Radnor, John Belushi, Bill Murray and pretty much everyone from the original cast of SNL cut their teeth).  I wanted to be legit.

I remember the first sketch I wrote for Intro to Comic Writing.  It was about Star Trek.  Spock had gone rogue.  Instead of “logical” and “fascinating” and “I do not have emotions, Captain,” he was “what’s up, bitches!” and “hey Uhuru, gimme some lovin'” and “big up y’self, Kirky, lemme take the Enterprise for some honnies and fo’ties.”

It had cussing and crassness, and everyone in the class laughed… except the teacher:  “Good, good, um, very interesting.  I noticed you didn’t really have a three-act structure.  There’s no kicker at the end, and, um, the cussing…  Um, really it’s unnecessary?.  “Well,” I replied, “Spock doesn’t cuss.”

“I know, you don’t want to use cussing as a crutch.”

Crutch?  What am I a polio victim?

“Just, try to give it more structure, cut out the cussing, and let’s make Spock a little more believable.”

This is f—ing sketch comedy for crying out loud!!!  Believable??? “Okay, teach, I’ll try it again.”

I really thought the sketch was good as it was.  The class was in stitches, but teachers (experts) know better, right?  (“If he’s such a good comedy writer, why’s he teaching?” Wish I woulda asked myself that, really wish I woulda.)

I sanitized the sketch.  Spock didn’t cuss.  I threw the “crutch” out.  I made it the way teach wanted it and reread next week.  Silence.  The sketch was nice and sanitary and up-to-spec for the all-knowing teacher… but no one laughed.  It sucked.  I was so angry.

Other sketches by other aspiring writers: hilarious!  One was about C3P0, Chewbacca and R2D2 doing a DVD commentary on the first Star Wars.  Another had the Tooth Fairy as a nasty, smelly 45-year-old  from the Bronx.  He was moving to adult teeth to meet quota, offering to knock them out with a baseball bat for cash.  Funny.  It was fresh and exciting and irreverent and WEIRD!  It was special… until teach asked them to dumb the sketches down, make them fit “the format” (whatever TF that means).

Is There a Format?

No.  There’s not.  There’s only laughter, there’s only what works.  If people are having a good time, then that’s “that thing.”

The reason the Spock sketch worked is because it came from my heart, and that was “that thing.”

The reason the belligerent Tooth Fairy worked was because it was unique.

Non-human characters conducting a DVD commentary… funny, from their heart, cannot be planned… does not fit a format.

I think “that thing” is nothing more than an inspired idea.

Steven Pressfield, author of The Legend of Bagger Vance and Gates of Fire, wrote a book called The War of Art.  In it he talks about his 20-year failing as a writer.  He had gotten a steady job as a screenwriter in Hollywood when he suddenly told his bosses that he was leaving to write a novel.  They told him the logic:  Novels don’t make money.  Why would you leave a steady job?  Good luck coming back.

Steven went for it.  Something inside, “that thing,” told him to.  He said he didn’t know why exactly; but, after 20 years of failings, his first book was a critical and mild commercial success.  He thinks it was due to him following an inspired idea.  Some “thing” told him to.  He was inspired and he went for it.

So What is That Thing?

I still don’t know.  My minister says that ideas are angels, higher aspects of consciousness infiltrating the earth plane.  When you follow them it’s like God going, “Hey, dude, go this way!  I know you’re scared but go for it!”  I heard a quote once that said, “The joy of soaring is always accompanied by the fear of falling.”  If ideas are indeed angels, you are certainly apt to fall you follow them.  High-flying ideas like paddling the Mississippi, hitchhiking America, making a movie about religion… you can always fall, but what else is life about?

Troy, I think you’re right.  I think we are on to something sharing life’s adventures, but I cannot take credit for the ideas that come.  I cannot take credit for the Spock sketch, or The Hitchhiking Movie, the blog posts, the words I’m writing now.  I’m not writing them.  I don’t even know how it’s happening.  All I know is that something about what we’re doing is striking a chord with people.  Hopefully my writing is striking a chord with people.  What is that chord?  What is “that thing?”  It’s got to be something from God, something higher, something more lofty.

It cannot be a by-the-book rendition.  It cannot be something from the earthly plane.  The world is too much with us…

The world is too much with us; late and soon,
Getting and spending, we lay waste our powers;
Little we see in Nature that is ours;
We have given our hearts away, a sordid boon!

This poem came from God.  Ideas come from God.  It has to be something more.  “That thing” is the inexplicable.  It is… what we’re here for.  To follow, to rise higher.  “Go for it!” God says.  “I’ve always wanted to do that,” our hosts say.  Why?  Because the desire is there, the desire to go, be, do and see.

I still don’t know what “that thing” is, and I don’t think I need to know.  All I know is that the ideas are sent, and I can say yes or no.  I hope, I pray to have the strength to follow… even when I’m scared.

4 thoughts on “That Thing (You Have no Idea How) You Do!”