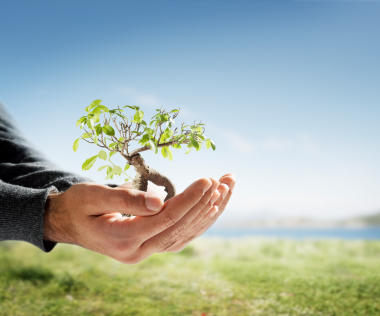 No, not like that, you sick bastard! 🙂  The business, Eleven Visions, is growing.  That poses some new challenges.

Let’s see if you can identify with this feeling:  You are in a jungle.  Don’t worry; you’ve got a .22 rifle.  You’re a good shot and can hold your own.  You’ve got enough water for 4 days, a filtration system that can filter jungle water.  “Do I have my iodine drops?”  Yup, you got ’em.  You have enough food in your pack as well – MRE’s, canned meat, vegetables, and a few sweets to keep your spirits up.  Time to trek in further… you ready?  Too late; you’re in it.  Four days in it to be exact.  Food’s still holding up.  You’ve got (hold on, lemme check) enough, I suppose, water.  Sweets are gone, but you’ve got the essentials.  How do you feel?

Yeah, that’s about how I feel wading into the jungle of the online movie business.  Do we have supplies?  Yes.  Have we done reasonably well for not knowing what the heck we’re doing?  Sure.  But supplies are getting low, and I have no idea where the hell they’re going to come from.

Now, mind you, I’m only using a metaphor here.  Just like the hunter loves to shoot tigers (some of you gun enthusiasts are saying that a .22 won’t stop a tiger; grow up!  it’s only a metaphor! :)) I love to shoot movies.  I love to market them.  I love to find ways to poach… crap, that’s a horrible word, um, market my movies to as many people as possible (cuz I believe in this product), but the question for an independent movie maker is:  How the hell do you do it?

That’s where I feel I am.  The jungle of the internet, the jungle of my own mind (yeah, you guys already knew I was in that one), the jungle of marketing, business-running, staying motivated, staying inspired, writing content people like, keeping an audience (don’t go anywhere!), living, learning, and paying the freaking rent.

You Ain’t the Only One, Brotha

I know that.  I know I’m describing the dilemma all go through.  If you’re a business owner, you’re in this  jungle every day.  If you have a family you’re in the “how do I pay for Johnny’s sneakers?” dilemma.  I know that.  I’m just… voicing out loud.  I want you to come along on this journey now.  It’s not the journey of hitchhiking across America or paddling down the Mighty Muddy.  It’s the journey of us, the journey of Eleven Visions and how they become a viable force in the entertainment world.  How’s it all going to go down?  I don’t know.  But we’re used to the unknown, aren’t we?  We were used to it when we had never hitchhiked before, we were used to it when we had zero paddling experience and Minnesotan commenters predicted our demise, we were used to it when… well, dammit, we’re used to it.

The journey ahead will be no less difficult.  The final goal isn’t Los Angeles or the Gulf of Mexico, but it is success (is there a difference between the three?).  The journey now that I’m inviting you on is – How do we become viable filmmakers?  Filmmakers who make money?  Filmmakers who inspire, entertain and inform?  How do we do that?

And how would you like to come along for the ride?

This post was no accident.  It was not a shot at therapy (though it is therapeutic).  It was an invitation.  I promised you a few posts back that you, the fans, would get a sneak peek into everything we did, and I meant it.  This is our journey now – editing, marketing, living and loving.  This is a goal and a destination and a process just like the adventures we finished.

Could it be that marketing and becoming “big” can be, perhaps, BIGGER adventures than paddling down the Mississippi?

Maybe; I hope so.

So, shoot, let’s give it a try.  Let’s let you in on a little secret:  The secret of what’s been happening since we started editing our upcoming film The River is Life.  You ready… for more stories?

Ryan’s First Attempt at Travel Writing from His Living Room

I am laughing to myself because I have no idea if this is going to work.  I know, kinda, how to travel write when I’m on the Mississippi, but have absolutely no clue if applying the same story-telling techniques to everyday life will be interesting and readable or boring and Christ-let-me-click-on-something-else-able.  No idea.  One way to find out…

Whew!  Here goes:  Phillip connects the camera to the television.  It is the first 20 hours of what will one day, with the help of Jesus, be The River is Life.  A commenter on our Facebook page asked if we were “reliving the dream or the nightmare?”  Funny thing about video, you only tend to turn it on when you’re happy.  I remember Phil and I anxiously awaiting the coming of the Stump Lake footage… it never came.  We never filmed it.  “I thought we filmed something on that,” I said.  “Nope,” he said.  “We musta been too cold and hungry.”

“Not really.  We don’t want to show too many crappy parts.  People want a fun, happy movie.”

The footage rolls on.  I remember making Phillip suffer through my endless bridge shots:  “Hold the camera steady, dude, I want to make a bridge montage later.”

“This is the stupidest thing I’ve ever done.”

“Shut up.  Just hold the camera.  You’re not having to paddle, are you?”

“Stupid.”  We both fumed in our insistence that the other was wrong.  Phillip points out that only one of those bridge shots is usable.

“So the other bridge shots were a waste of time?”

“Really?  And when we were filming those shots, how did we know which ones would be good and which ones crap?”

“Exactly.  You can’t make an omelette without breaking some eggs.”  Phillip stays quiet at that one… we move on.

Beautiful! I mean absolutely exquisite nature shots!  I was impressed, I really was.  “We’re not going to be able to use all those eagle shots,” Phillip points out.  I don’t care.  I love the eagle shots; we may not make a dime off of them, but I have them for posterity and no amount of how-is-this-going-to-make-us-money? is going to take that away from me.  I remind myself that Phillip is the more practical-minded, and that is just the way it is.  It is not good, it is not bad.  It just is.  It took me nearly the entire Mississippi trip to make peace with that fact.  “You’re right,” I tell Phillip, “but isn’t it beautiful?”  Deep down inside that endless maze of a cerebral cortex, what scientists will one day call his ‘beauty appreciation center’ stirred.  OH YES IT DID, PHILLIP!  DON’T DENY IT!  “No it didn’t, humph.”

The tape rolls on as the Mississippi rolls on.  I am amazed at how narrow it was at the outset.  I remember my cursing and swearing when the Sea Eagles got beached during the rocky portions in Lake Itasca State Park.  I remember the deer flies – “Ha!  There’s a deer fly buzzing around my head in that shot!  Awesome!”  Awesome sitting in my living room… at the time it was, “G– DAMN MOTHER SON OF BUTT——– ASS DAMMIT, GET AWAY FROM ME!!!!”  To answer the Facebook commenter, I was reliving the nightmare, but it was much funnier.

Phillip says he’s tired; he can’t watch anymore.  I agree.  The Daily Show and Colbert Report are coming on.  “Yeah,” I say, “let’s take a break.”

Before it was paddling, paddling, paddling for 4 hours before we said “needa break.”  A short respite on a sandbar did well then.  A stretch of the legs at an opportunely placed boat ramp, a listen to a Taylor Swift song on the solar radio (before it visited the ocean floor of Lake Pepin :))… used to be our “break.”  Now life is different.  No more muscular energy being spent, only mental.  And mental energy spent needs a mental break.  John Stewart is our food now, our mental food.  Stephen Colbert is our beans and rice, our recharge.

Stephen Colbert makes his last crack.  It’s a good one and makes Phil and I chuckle.  He turns to me (no, not Stephen, dummy! ;)), “Hey you, um, wanna keep watching the footage?”  That same tone he uses.  The same one when we, at the beginning of the river, would nap for twenty minutes in the boats:  “Wanna start paddling?”  “Yes,” I say, but instead of grabbing an oar I grab the remote.  PLAY.  Another bridge.  “LOOOLLLL!”  “Actually that is a pretty good bridge shot,” Phil offers.  I smile.  Greg Judge, a Bemidj resident who had paddled the river himself in the eighties, told us that the goal of the river was not just to finish but to finish and still remain friends.  Good on you, Greg, and thank you.  I agree.  It is amazing that after all this time, all this time in a BOAT! for crying out loud, Phil and I are still friends.  Yes, we argue and disagree, but no one has been shot and we’ve never come to blows.  That is something in this world.  We, just like the Repubs and Dems, also want the same things but have different opinions about how to go about getting them… but… we’re still friends, and that is a very good thing.

After another hour of watching, Phil turns off the tape.  We’re almost to the redneck 4th of July scene where an entire extended family participates in an ATV jousting competition.  Cool-ass.  “I can’t watch anymore.”  It is time to camp for the night.  I lay on the couch (yup, where I”m sleeping :)), and Phil retires to his bed.  The lights are out, and I can’t hear crickets or cicadas but I can hear a wall clock and the drone of Phil’s laptop.

This is going to be a good movie, I think before falling asleep.  The River is life, but this is life too.  What’s next?  Will people find this journey – the journey of actually making the movie now – as enjoyable as our previous ones?  I don’t know.  I don’t care; I’m tired of paddling, um, editing.  It’s time to see what’s to come around the bend… even if that bend is 49 more hours of footage.

Glad you’re still with us.  Ready for more?

CALL TO ACTION! Yes that was just a blog post, but I’m serious.  I want to know if writing about our daily lives and the editing process is just as exciting as our paddle down the Mississippi.  That was just a taste.  Please offer your comments in the comment section below.  The question is – Is travel writing (the style I employ) just for, well, traveling – Mississippi adventures, hitchhiking adventures, going to talk with the bible burner in North Carolina – or is it also for what we’re going through now – editing, getting the Hell movie made, going and buying groceries?  YOU! yes, YOU, comment below please.