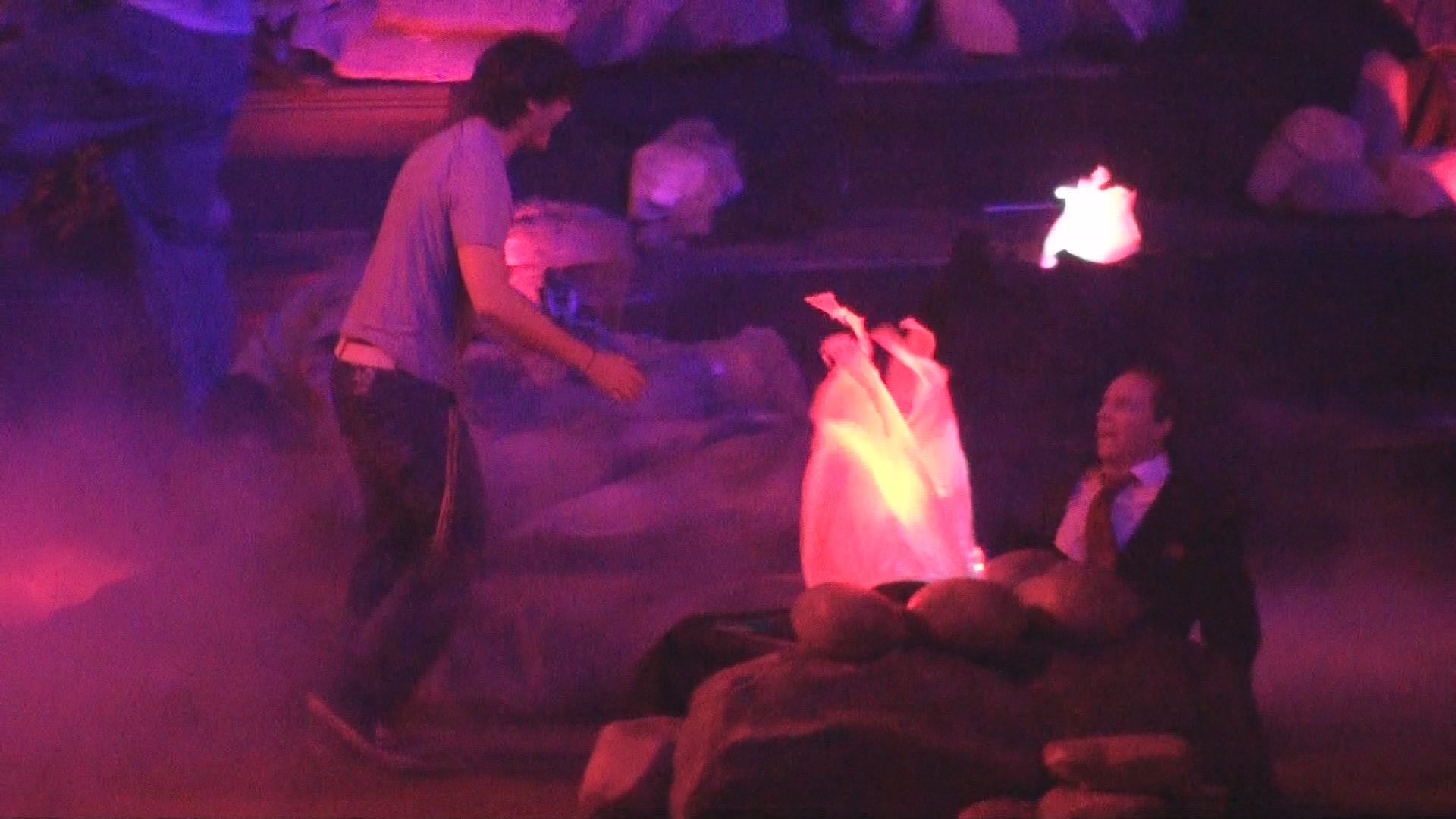 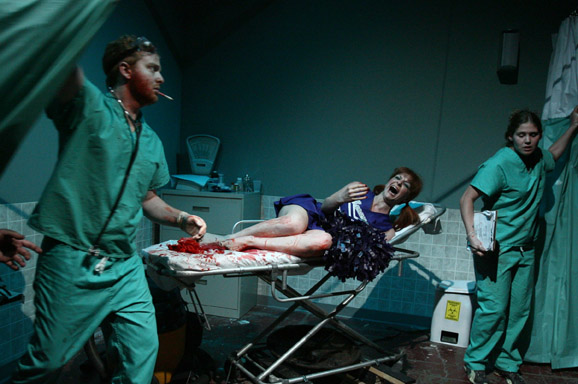 That picture is disturbing, I know.  Rest assured, however, that a religious group is responsible for it, not us.  This post highlights an important discussion we need to have, so please read it.  This post is short and to the point, and I’m especially anxious to hear what our religious fans feel about the issue of scaring people into religion.

Remember Phillip and I were going to go the down-home, bring-your-kids-and-grandparents, family Bible Book Burning?

No fault of our own.  Unfortunately Pastor Psycho McPsychopants (a.k.a. Marc Grizzard) closed the event to the public.  Don’t ask me why.  If you’re going to burn Bibles you, um, just MAY BEEEEE a few cubits short of a full ark; but, the North Carolina Fire Marshall pointed out that book burning was illegal in the state of NC.  (Go NC!!)  So my contention is that Pastor Marc Have-you-ever-eaten-a-turkey’s Grizzard does not want to be arrested.

So what do we do now to start getting footage for our Go to Hell? movie?

We’re not.  We are going to a Nashville Hell House!!!

That’s what I asked Phillip when he proposed we go to a hell house instead of an equally wholesome and inspiring Bible burning.  Richard Dawkins (oh the howls I’m going to get from our believer fans for putting Dawkins on the site; howl one more time, good job, you sound just like a coyote!) interviews a pastor who puts on a yearly hell house on Halloween.  Both voice their concerns in the video (so no howls!), and it’s worth a look.

Frankly, y’all, I’m disturbed by the idea of a hell house.  Scaring people into religion is bullshit.  (Please comment if you disagree!)  I learned a lot from my stay with the Adventists in La Crosse.  Even they, who believe in heaven and hell, told me that negative coercion is not God’s way.

Sin destroys and Jesus saves… maybe.  There is some truth to the positive energy represented by the intentions and actions of the man known as Jesus Christ being a “saving” force.  And there is equal truth to the hell-like energy of “sin” being a destructive force.

But let me ask you a question:  Is it a sin to put young kids through this?  Would you let your kids see this kind of stuff?  I sure as heaven wouldn’t.
Hell House

Look at those kids’ faces.  That, my friends, is a sin in my book.  I don’t think you have to scare people into religion.  If you think you do, please comment below:  I’d love to hear your POV.  And we’ll let you know how the hell house goes, and yes! there will be a travel piece about it and yes! there will be much discussion to be had.  And, of course, the invitation to my own hell house is always open:  You know, the one where you are locked in a round, padded room with Barry Mantilow’s “Mandy” on continuous play.